"Cats who Play" is a Moscow-based software house and game development studio which has released, by publishing it on the notorious "Steam" gaming retail portal, an innovative RTS based on the terrorist aggression against Syria. Its name is "Syrian Warfare"..

Some old-moded thinkers could deem such a game as "inappropriate", "disrespectful" or even "diseducative". 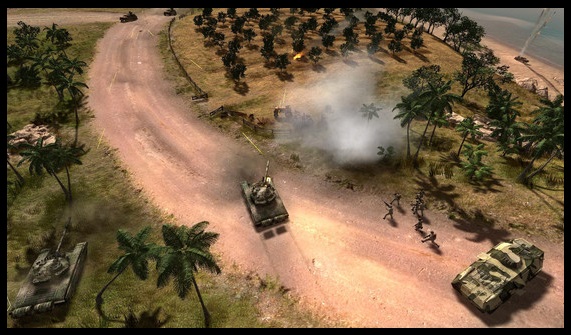 But being snobbish would not do an inch of good to the Syrian and anti-imperialist cause while showing the kids and the gaming crowd how grueling and difficult is to fight terrorism on the field, instead, would do heaps of good, and that's exactly what this game does, and in spades..

Syrian Warfare puts the player in the combat boots of a seasoned syrian commander of a small-to-mid-sized combat unit, showing him the tasks and the challenges of fighting a cowardly enemy who strikes with ambushes, booby traps, mines, car bombs and IEDs.

The gamer is immersed in the atmosphere and this contrasts mirably with the lying propaganda of the fake media who talk of "syrian rebels" and "Assad regime".

We would need more of these games, even ones based on the Iraki fight against ISIS, or the Hezbollah struggle against the zionist occupiers, to teach to young minds what the "good fight" really is.